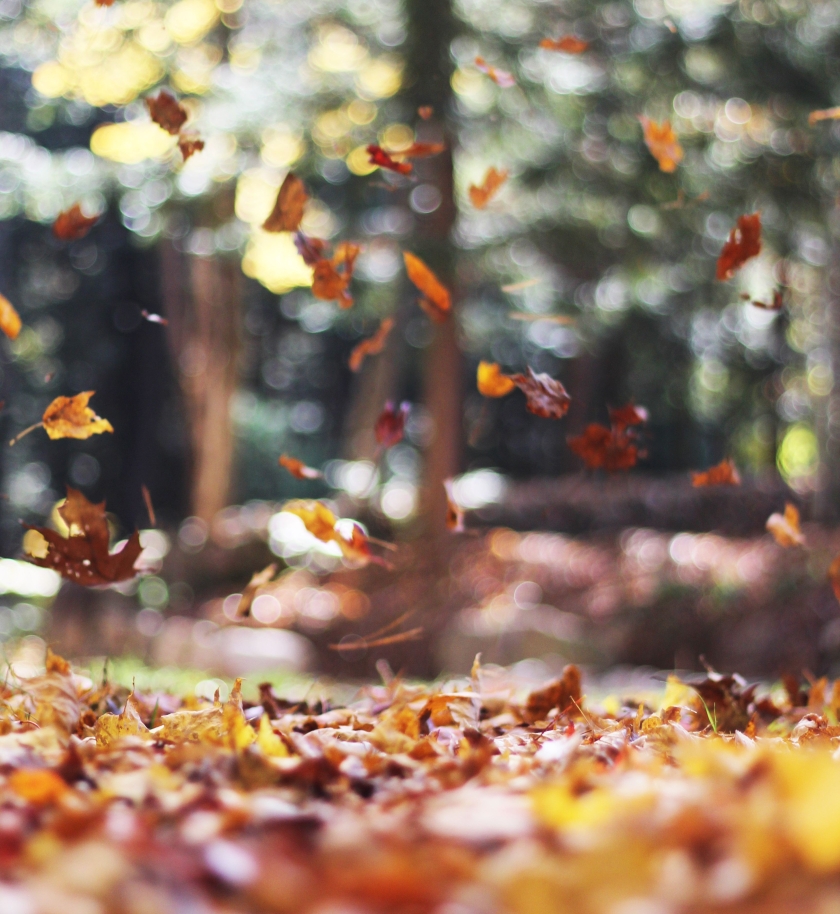 I look out into the vast stretch of green outside my patio. The colors are a dark pastel green, accentuated with tiny patches of yellow and orange creeping in . And with every gust of wind that whooshes through the trees, there is a swirl of leaves that sweep down.  Yes, Fall is here.

Slowly and steadily, these yellow patches would spread and the entire expanse would get transformed. The leaves would fall, winter would tumble in , and the woods would turn into ghosts of their past selves.  All the life that had burgeoned over this summer would be destroyed.

I remember my snow-covered backyard from last year , with a background of bare naked spidery trees. The charm of a white winter eventually turned into a realization of the true meaning of the phrase “winter in coming”.

On especially cold days, I would watch as the water that flowed out of the air conditioning pipes snaked out on one end and congealed into ice at the other end, making me feel fortunate that I was now on the warmer side of the patio door.  One of the most frequent phrases I heard were – ‘when summer arrives”. As if all eyes were pinned on the opportunities that the warmth of summer would bring.

Slowly, the earth revolved and the season changed. Summer shone on us with its full glory, and what a resplendent glory it was!

The destruction of winter had breathed a will to prosper even in the tiniest of shrubs. The greenery that rose from the ashes had something special about it .. a hunger of its own. I have never seen leaves so alive, and trees so lush in any other season.  It was almost as if the trees have suddenly discovered their power and are burgeoning to  grow out and vanquish everything that had stopped them before.

This incessant, inevitable cycle of nature reminded me of the important role of destruction in creating a better version of life.

The path to evolution is paved with destruction.

What has made you successful in your past might not lead you to victory in your future. You have to destroy your beliefs and learnings to pick up new ones.

To move from one level to the next, you have to unlearn all that you’ve learnt and re-learn again!

Search in my blogs!